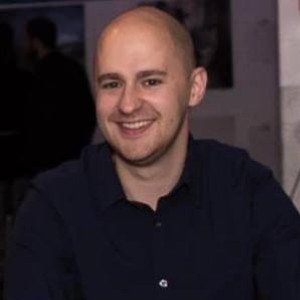 The Art Of The Timeless Product Manager

Why do some ideas or art stand the test of time while others fade away?

I’m curious of what from our current cultural landscape will one day be seen as timeless.

I fear because of constant hyperactivity, hyper-trends and hashtags, many aspects and works from our current era will be dated. Instead of focusing on timeless principles, most works are going for what’s popular now, what’s trending, and doing what others are doing without understanding the why behind it.

What can we do as Product Managers to be timeless in our work?

We can look at two business figures whose work will stand the test of time.

What should be noted is that the two were friends, and Sony had a large influence in how Steve Jobs ran Apple.

In the book, “Insanely Simple” by Ken Segall, the godfather of “iMac” disclosed how Steve Jobs wanted to name that product “MacMan” mimicking “Walkman.”

Akio Morita, the co-founder of Sony was not featured in the ‘Think different.’ ad campaign but he has always been a hero for Steve Jobs.
I remember Jobs giving condolence on his passing.

The tales of Steve Jobs & Japan #02: casual friendship with Sony

What can learn about these two business figures in becoming a timeless Product Manager?

“Carefully watch how people live, get an intuitive sense as to what they might want and then go with it. Don’t do market research.”

LESSON #1: TAKE YOUR MARKET RESEARCH TO THE STREETS

What I want to note here is that watching how people live, or how they use a product, is one of the keys to being a timeless Product Manager.

On Market research, here are a couple of statements that Steve Jobs made:

“It’s really hard to design products by focus groups. A lot of times, people don’t know what they want until you show it to them.”

“You can’t just ask customers what they want and then try to give that to them. By the time you get it built, they’ll want something new.”

People can look at the above and think “Oh, Apple doesn’t do market research whatsoever!” That could not be further from the truth. Like Akio with how he did things at Sony, Steve and his team were doing their own research into how people lived their lives. They didn’t just build cool products and send it out to the marketplace and they didn’t get lucky time and time again. They observed how people used products, or interacted with mediums, and built products to address pain points, and these products (or solutions) were something that people would not have thought of. Look at classic products like the iPod, and the iPhone, products that were met with great levels of skepticism, and look at how things turned out. Again, these were products that never would have come out of focus groups.

If you want to be a timeless product manager, you have to get out and go talk to your customers, listen to the customers pain points, and observe how they go about their lives, and how they use products.

Current technology can potentially help you with addressing your customer pain points and observing them, and being a timeless product manager, but technology can very easily lead you astray.

It’s just as easy to get distracted with the toys, bleeps, blips, and noises of technology that end up hindering you as a product manager.

It’s frustrating that many people or companies think that you can just throw technology or tools at a problem, collect the data, wash their hands clean and move on, while removing themselves further and further away from actually observing the customer instead of looking just at data points.

From using tools like heatmaps, a/b testing, big data, machine learning, and the latest buzzword or hot technology of the week, you CAN (and should) use these technologies to better understand and gain insight into how people use your products.

However, you SHOULD NOT let technology substitute getting out and talking with and observing your users, and finding their pain points, and finding what makes them tick. Using technology can only take you so far.

Going out and talking with users is something that will never go out of style.

DO NOT let technology become a substitution for not talking to customers, listening to their pain points, or observing them.

Use technology to supplement your findings. You can use technology as tools to see the differences between what people say vs. what they mean and want. That’s the key to be a timeless product manager. You would be surprised how many companies, or product people will hide behind tool and technology, or layers of bureaucracy that further adds walls between them and the customer. They will do everything BUT talk with the customer face to face.

Look at a company like Netflix. They are one of the best examples of a company using data to drive their decisions. However, I’m sure if the Netflix team had their head above the data and talked more directly with their customers, the fiasco that Netflix faced in 2011 that nearly sunk the company could have been avoided, or reduced.

Technology continues to change the world around us. As Product Managers, it’s easy to get swallowed up in the technology, and forget about timeless principles that we should always remember as Product Managers.

Akio Morita and Steve Jobs are two well known examples of individuals who exemplified many of the aspects of being a timeless Product Manager.